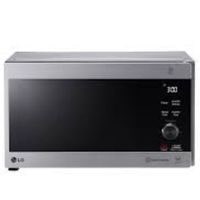 LG Oven Broiler Not Working. Appliances are often reliable for many years up until the day when, inexplicitly, something goes wrong and it doesn’t function like it’s supposed to.

But in this article, we’re going to be taking a look at different home appliances and how to troubleshoot them so that you’ll be able to deal with problems quickly and get your oven broiler not functioning properly again.

A common problem you could encounter with your household appliance is the oven going out on you. In this article, we discuss some issues of LG oven broilers that don’t work.

The oven igniter is responsible for starting the gas burners and oven. If the igniter breaks, the safety valve will not work.

If this happens to you, turn off the plug of your oven and wait for it to cool before replacing the igniter.

First check all of the other standard causes of a broken igniter by testing the following components: thermostat, wiring, and mechanical switches.

Some ovens are equipped with a relay board that is fairly important when it comes to cooking tasks. The relay board has several relays which switch the voltage over to your broiler circuit.

If one of these relays fails, your broil element won’t be able to heat up as hot – but this rarely actually happens.

Before you replace your relay board, make sure that all of the other elements in your broiler circuit are intact and working properly.

An oven control board has relays which in turn send voltage to different circuits in the oven, like broil and bake. When sending this voltage, the control board is supposed to be working according to user settings and sensor input.

If a defective control makes the broil element not work, and if this is rarely the case, test all of your heating components first before replacing a presumably faulty control panel.

The oven thermostat, on the other hand, cannot be fixed so if this part is affected it’s most likely needed to be replaced altogether.

Bake Or Broil The Spark Electrode

For broiler and grill burner ignition, an oven broiler or grill spark electrode is used. This goes within the flame front of a fan-shaped gas manifold at the rear of the oven to ignite the gas for each burner.

If a spark does not occur, this is usually because of a defect in the electrode or incorrect parts replacement.

The electrode is like a spark plug for a car engine it has two electrodes that are separated by a gap filled with air, which must be at high pressure/low volume to cause combustion.

When electricity passes through it, creating a spark. Be aware that each range needs its own specific gas supply fittings and flammable materials must be kept well away.

The broiler element may have burned out. When the broil element is heating properly, it glows red hot. If the element does not glow red, this indicates that the element is not heating.

Often, if the broil burns out, it will be visibly damaged. Inspect the broil element for holes or blisters.

To determine if the broil element has burnt out, use a multimeter to test the element for continuity. If the broil burns out does not have continuity, then most often than not you will need to replace it.

The igniter triggers the gas in the burner assembly. To decide if it’s defective, see how long it takes to light up the flame while heating.

If it stays on for more than 90 seconds without lighting up, this means that it isn’t strong enough to do its job so replacing it should help solve the problem.

It is very common for valves and pressure regulators to be replaced unnecessarily. Ensure that all the main internal components are in good working order before replacing them.